WELCOME TO THE FIVE. YOU HAVE JOINED THE ELITE FEW WHO REPRESENT THEIR PLANETS, AND PROTECT THE SULT GALAXY FROM THE GREAT EVILS. IT IS YOUR JOB TO KEEP ORDER AND BALANCE IN THE EVER CHANGING COSMOS, WHILE TRYING YOUR BEST TO NOT LET YOUR TROUBLED PAST EFFECT THE FUTURE.  YOU FIVE MUST FACE IT, TOGETHER. 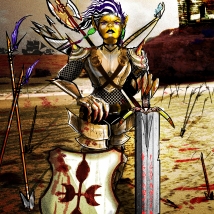 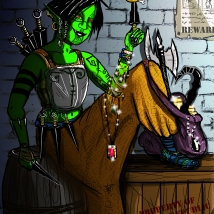 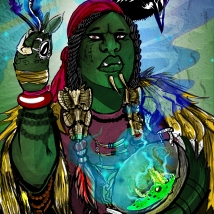 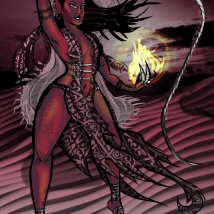 Five: Journey to the Truth is a cooperative role-playing board game set in the fantasy and sci-fi genre. With five compelling characters and worlds, this 3-5 player game has fifteen unique adventures, and fifteen dangerous villains threatening the Sult Galaxy!  You must take your team and defeat the board, using the Story Booklet that will guide you through the adventure based on text-adventure style choices, leading up to the dungeon and the final boss.  With a social commentary surrounding five popular portrayals of African American women, and a callback to RPGS like Dungeons and Dragons, this RPG recently was well received at the Game Devs of Color Expo. 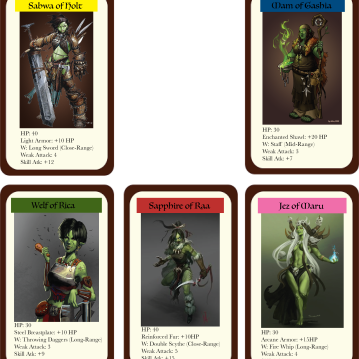 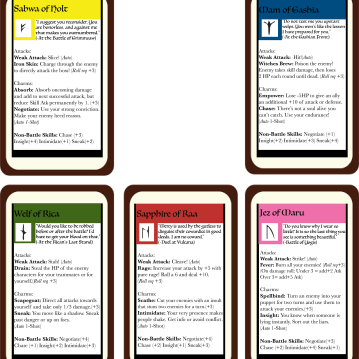 Each mission is determined by the face down Terra Card selected at the beginning of the game. Once selected, the players will use their Story Booklet to guide them through the adventure they have chosen and make choices, fight enemies, and work together to complete their mission. It is a three part mission divided into: Reconnaissance Stage, Dungeon Stage, and Boss Stage.

My reason for creating “Five: Journey to the Truth” is because I was disenchanted by the media’s portrayal of African American women, and felt that a lot of the prejudice I’ve experienced is due to a lack of understanding.My game explores the five most popular stereotypes of Black women in order to educate people on race. I feel games make controversial discussions less frightening and the cooperative element of an RPG can help the players open up. For the oppressed, I feel having a medium to express your feelings is powerful. Seeing people relate to characters that share your struggles is equally powerful. The real journey to the truth doesn’t occur in the Sult Galaxy, it’s the journey to the truth that the players take together.

How the Gameplay Addresses Function and Race:

Each of the character’s names are an acronym or an abbreviation of their stereotype. The five stereotypes explored are the Jezebel, Strong Black Woman, Angry Black Woman, also known as the Sapphire, the Welfare Queen, and the Mammy. On the surface, their personalities mimic that of their stereotype, and the issues that plague each of their worlds matches real world events. Funny enough, other NPC (non-player characters) will often stereotype the Five in their dialogue, so the Players will have to experience some of that negativity. The world each of these characters inhabit start to break these stereotypes, as often the environments and cultures explain some of their mannerisms and beliefs.

(In depth analysis: Sapphire lives on an oppressive lava where the weak are left to die and various tribes are constantly at war. Her aggressive nature makes complete sense in context.) Lastly, the abilities of the Five are a way for them to both fight these stereotypes, but acknowledge them.

(In depth analysis: Jez’s two most effective attacks are Fever and Spellbind. Fever is a spread fire-based attack that targets multiple players on the field. It is highly effective in dungeons, especially since she is the only character who can split damage. Jez is therefore a very useful character, as opposed to her Jezebel counterpart who is a side character and usually inconsequential to the plot. At the same time, the Fever attack is a metaphor. The Jezebel is known to spread herself to multiple targets, and can leave them burning physically from venereal disease, or emotionally, furthering the assumption that she is meant to be used, not loved.) The game is run on a three-stage system, Reconnaissance, Dungeon, and Boss.
The game begins with an audio prompt based on the Mission the Players selected in the Story Booklet. This gives the players a brief oversight of their mission but no clear instruction on where they will find their answers. In order to complete the mission, the players must perform reconnaissance and make text-adventure style choices to find the location of the main battle. Finding that location will automatically make the Players enter the dungeon stage.

(In depth analysis: The Reconnaissance Stage begins the racial dialogue by situating the players in a world where they must rely on each other. The evil that threatens each mission is based off of real-life events, and as a result carry more impact than a fictionalized account. In Jez’s first mission, “The Cycle,” the team faces a villain who was a victim of the Jezebel stereotype herself. In Jez’s story, the villain, Sensua the Succubus is sexually assaulted by a King who claims she cannot be raped because it is in her very nature to seduce and be lustful. The court rules in his favor. This exact ruling occurred when plantation owners claimed they could not sexually assault Black slaves. When a Player finishes “The Cycle” they don’t just win a game, they vow to end the Cycle of violence in Maru, and understand better the dangers of over-sexualizing any racial group in the media.)

In the Dungeon, the team will have to work together, healing, shielding, fighting, and protecting one another to defeat the minions of the villain who will spawn based on the path the players have chosen. When they select the correct path, they begin the Boss Stage.

StoryThe Boss will begin with a short monologue offering the Players a choice which will begin the battling stage or unlock other paths. Either way, fighting will ensue. The Boss and minions will go first, dealing damage as a group, then the team will retaliate. If the Boss’ minions are not defeated after the number of turns listed on their card, they go into a secondary state which doubles their power. This secondary state is also triggered when the Boss’ health drops below 50%. After defeating a Boss, the villain gives one last monologue which provides the Five with information that will help them continue to rid the Sult Galaxy of the Great Evils, because this is but one battle in a long war. The Boss battles however, are intended to give resolution to whatever tumultuous struggle was represented in the Gameplay.

(In-depth analysis: The Players then have the option to read some of the real world backstory to their adventure, and discuss. It is available at the back of the Story Booklet. This part is for educational purposes, to further enforce the experience they shared. However, even without reading this, knowing that their adventure was based off of a real-world occurrence is still powerful.)

Parsons School of Design: Design and Technology,  Best in Show (2016) 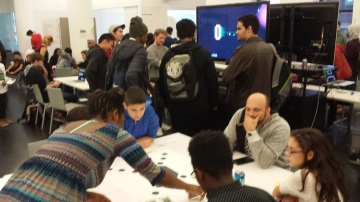 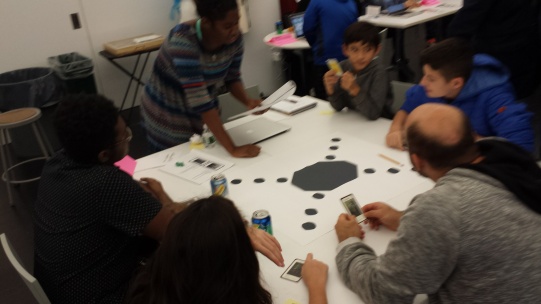 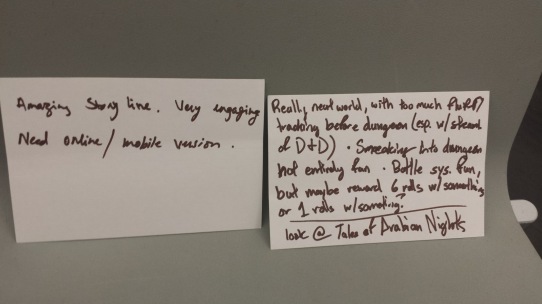 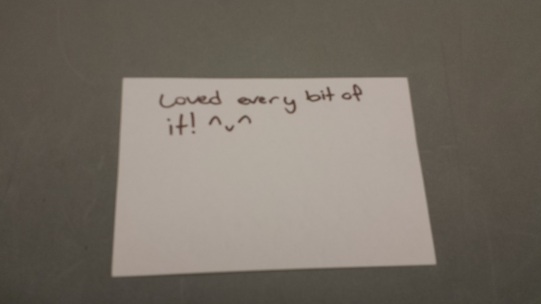 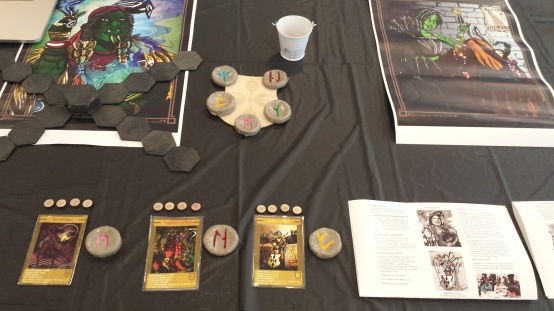 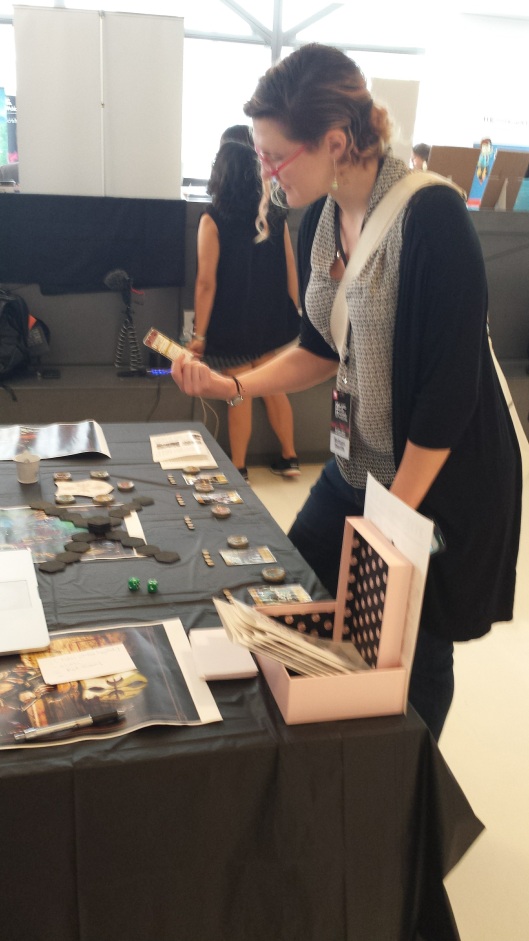