The Hudson yards smart city is currently undergoing construction with some of the world’s leading architects paving the path for the “new New York.”

It’s an exciting concept that we might one day live in cities that utilize resources in a way that is sustainable. However, at what cost do these smart cities come? And who are there smart cities for? With 20 million in the renovations, being constructed right off the High Line, one of the richest areas in NY, clearly I am not the demographic. So already we seen an issue. In order to make the cost of these cities feasible, only the super-rich will be able to pay the rent or mortgages of these places. The idea is that eventually the city could be completely renovated in this way, but how long will it take? Will certain measures be removed due to the demographic. Even now in the city you can view issues within communities with lower incomes. Food deserts, places without fresh produce or food that doesn’t come fried are a serious issue. One was you can clearly tell if you’re in a good or better off area is whether you see a Starbucks, or a Whole Foods. In Shannon Mattern’s “Instrument City,” she speaks about the renovations in deeper detail.

The engineered city is not just going to be sophisticated in design, it will be interwoven with circuits that feed data about the successes and failures of it’s design. Everything in this city, from the plant life to the SOIL, will be engineered. 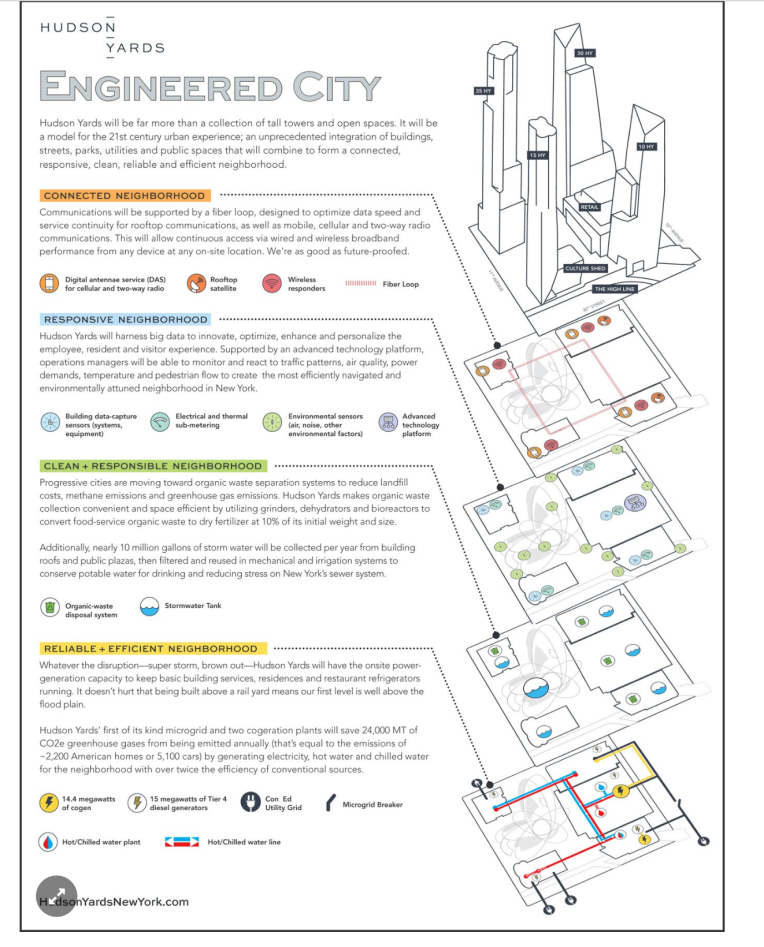 This may seem like something straight out of Jetsons, but self-sustainable communities exist today, though much less tech heavy. On Natural Living Ideas, you can learn how to build a self-sustaining home, and you can even make it modular. But when you build an entire ecosystem on a preexisting one, what are the ramifications? Have we humans gone too far?

In Mattern’s other work, “Cloud and Field,” she discusses how technology has changed our ability to interact with nature using things such as birdwatching and landscape drawing as examples. Our way of collecting data, using field notes in a journal and sketches, or simple experiments in a very physical sense has changes to drones, satellite information, and it seems that the world goes smaller each day. Places that were untouchable are now visible, even if not physically accessible.

Perhaps it is this lack of sacredness, this lack of not knowing what the environment really contributes to us, and us to it that makes us no longer respect nature. We seem to view our Earth as a tool rather than a delicate habitat. The Old earth is no longer useful, rather a new more tech savvy earth must replace it all the way from vegetation to soil.

WE ignore the reason for the need for technological solutions. Humans have created great waste and pollution on this planet. It is our fault, and this is no secret. So the question now becomes, are the these smart cities a solution?

Or merely, a bandaid?